Get started on Gram 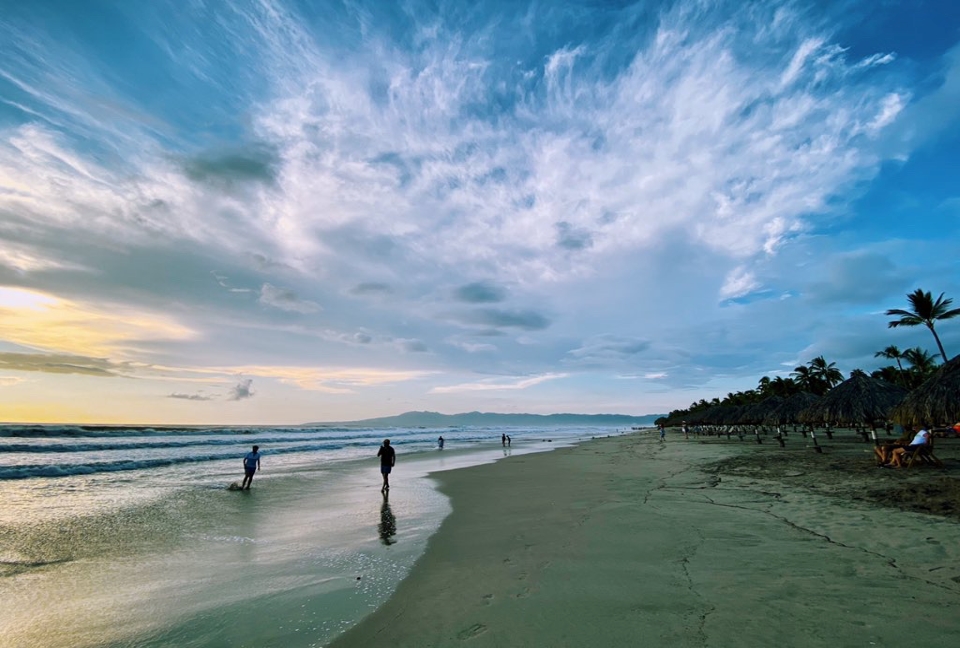 About How India Lives

How India Lives set up shop to become the definitive repository of public data in India. With data in a searchable, comparable and visual form, we want to enable people across businesses, organisations and institutions to take more data-backed decisions.

Our core strengths of identifying, extracting, analysing and visualising data, backed with intelligent story-telling reflect in all our products and services.

Identifying, extracting, analysing and visualizing publicly available data is core to How India Lives. We leverage this to help organisations achieve operational and strategic efficiency by connecting them to their target markets and identifying new avenues to expand in. With access to industry-specific high frequency datasets coupled with large public databases, organisations leverage our expertise in working with data to maximise their business objectives.

A leading national chain of retail stores wanted to expand their presence in Bengaluru from 4 to 10 stores. The main challenge for them was to identify locations for these next set of stores such that the surrounding areas resemble the locations of their successful stores.

How India Lives was contacted to consult the retail chain on their expansion plans. The first step was to understand the profiles of the types of customers at their stores. We identified the typical purchasing habits and income levels of these customers and then mapped these traits to publicly available data using proxies. The list of proxies included diverse datapoints like asset ownership, income levels, savings levels and more. The proxies were chosen to specifically serve the industry the retailer was operating in. These metrics were then analysed with respect to the population density of the retailer’s customer profiles. The next step was to identify clusters of locations within Bengaluru’s 200 wards where these customers reside. Using advanced segmentation and clustering, we zeroed in on the locations that would serve the retailer’s expansion plans well. 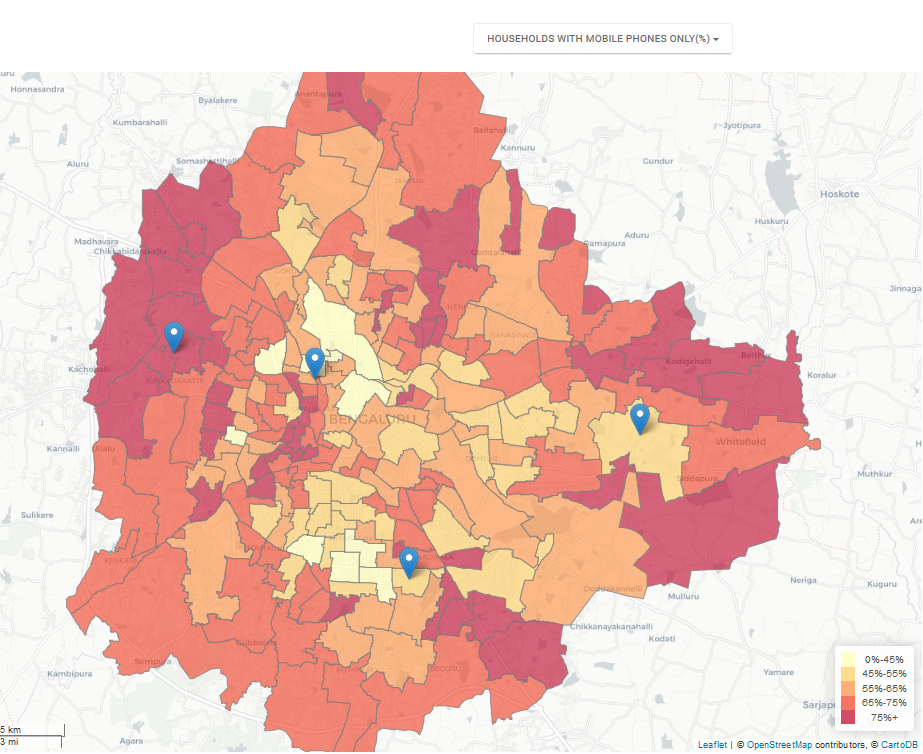 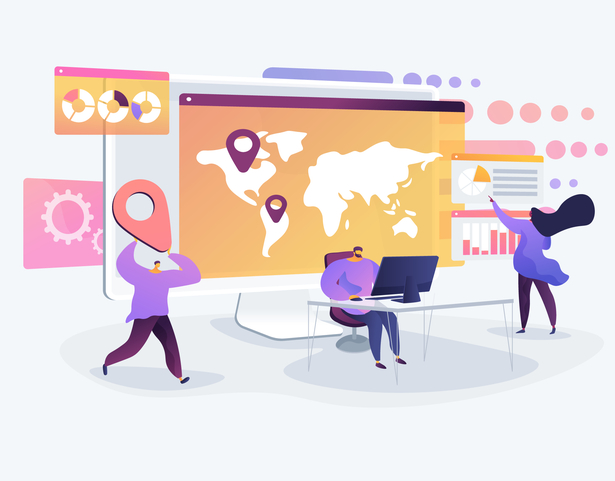 With advanced intelligence about the 10 crore+ businesses including SMEs, we assist organisations in optimising their sales and targeting by using our high frequency datasets listing the employee growth, turnovers, borrowings and other industry-specific financials at precise operational locations throughout India. Businesses have benefitted by zeroing in on the clients they would like to target and realised better financial returns.

Organisations generate massive amounts of data as part of their operations. With data resting in silos in separate departments, they struggle to take full advantage of their own data. With our strengths in identifying and extracting public data, we assist businesses in putting their data to good use thereby helping them understand their customers better and improve their product and service offerings.

Explore how we helped a leading job portal contextualise their internal data to help both, customers as well as clients.

One of India’s leading job portals, after completing 9 years of operations was sitting on a huge pile of data about how Indians’ search and apply for jobs. The challenge before them was to organise and make sense of the vast amount of data in a way that can help them improve their product offerings.

We identified the data to be used at two levels: the jobseeker (customer) and the job-posters (clients). We proposed and designed several ways in which the portal could leverage the power of their data to help both these sets of customers. Having structured their data, we proceeded to identify and answer questions like which sets of skills define a software developer’s career path in India? Using data, we built a product feature that would help the portal’s customers identify the point they were in a software developer’s career journey and which skill sets they needed to learn to advance their way forward. We scrapped job listings and applications across more than 20 of India’s cities, and using that, we layered the feature with projected incomes across each step of the career journey.

While the job portal already had an in-house data analytics team, they lacked the skills to layer and contextualise the data in a format that narrates a compelling story. The job portal incorporated the feature we built for them into their offering and added significant value for their customers. 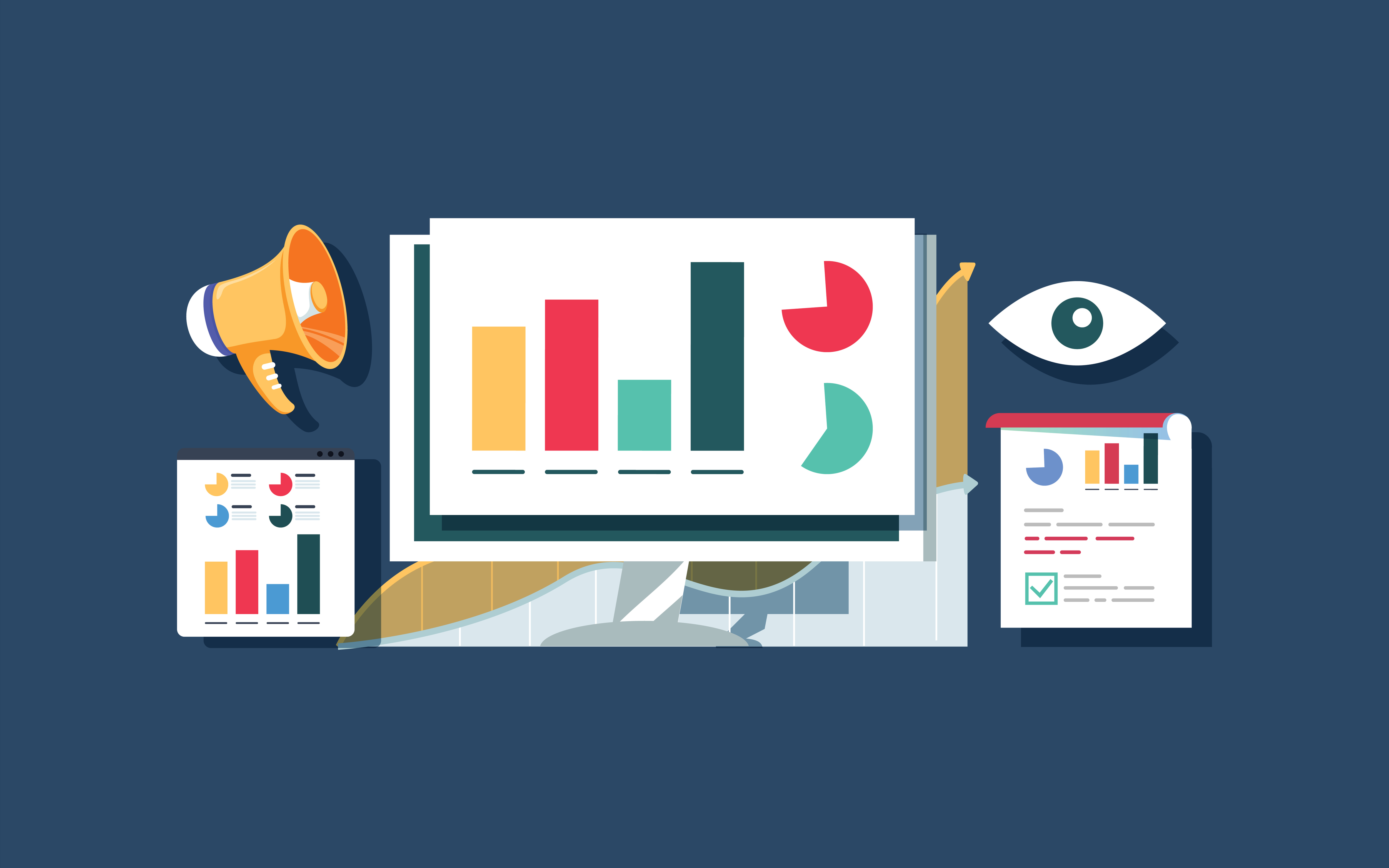 We lend our abilities to extract and scrap public data buried in silos to help businesses gain locational intelligence in the areas of their operation. To enable such analysis at the most granular level, we use high frequency datasets like satellite images, nightlights, construction permits and more at their most granular level, dividing India into geographical grids of 750 sq. m. each. Our advanced segmentation and clustering techniques help businesses target their current and potential customers and prepare accurate future projections. 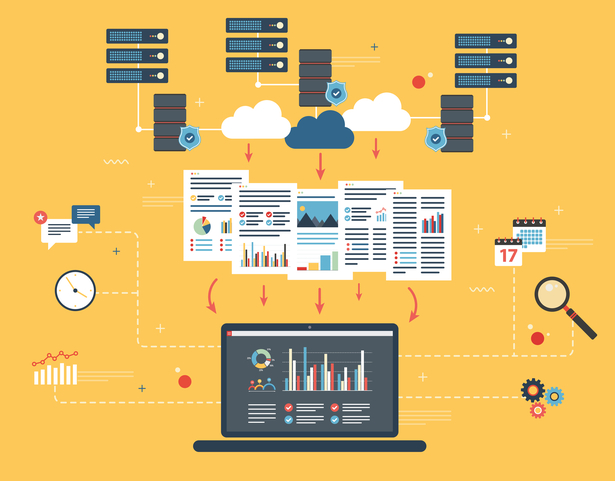 Be it universities, think-tanks or even businesses, we help organisations realise the full potential of public data to help enhance their analytical capabilities. To assist them in their research, we extract difficult-to-get public data using advanced computation techniques. Along with our partners 101 Reporters, we leverage our local presence throughout the countries to get our clients data even by modes as difficult as filing RTIs.

Get in touch Case Study

Ashoka University, one of India’s leading liberal arts universities and research centre, was on a mission to measure the total size of the philanthropic market in India. To do so, involved identifying data about the flows of capital that were buried deep within the bureaucratic system of the country.

The Indian philanthropic market had only been measured via the announcements made, and not by analysing the flows of capital at the source and the destination.

To enable Ashoka University on this mission, we identified four public datasets: the CSR, FCRA database of the home ministry, DARPAN and the Income Tax commission’s own database. We scrapped these databases to enable analysis, packaged and transformed them to create an engaging narrative. As a pilot project in Karnataka, along with our partner, 101Reporters, we filed RTIs at all the local government bodies for a list of all the operating NGOs and their financials for the past three years.

Our efforts helped Ashoka University and their researchers prepare a comprehensive report on the flow of capital in India’s philanthropic market. Click here for the tool.

At How India Lives, unpacking complex data to chart out engaging narratives for the user is at the forefront of all we do. Be it customised dashboards for CXO that pull real-time data or interactive visualisations and reports that tell a story effectively. Our clients have used our visualisations to enhance organisational knowledge, take smarter decisions and even improve external messaging.

Explore how we helped Vidhi, a think-tank for legal policy, organise and visualise their data. Case Study.

Vidhi Centre of Legal Policy is a think-tank advocating for better laws and improved governance using legal research. As part of their ongoing research, they collected vast amounts of data on judicial vacancies using public resources and RTI requests. The challenge for them, was to bring all this unstructured data on one interface in an interactive visual form for their readers. 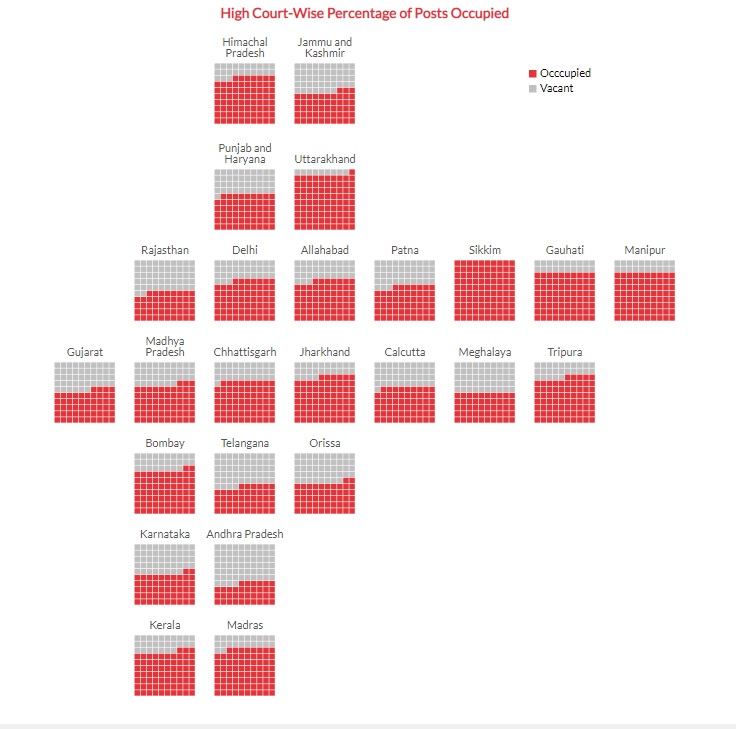 As part of the project, we designed the portal that would eventually house three interactives that serviced two objectives: give the reader a big picture view of the judicial vacancies in India, whilst letting her explore the finer details of every sitting judge in the country. We understood the potential that the data collected by Vidhi had, and accordingly, proposed features for the dashboard that enabled the readers to take away the maximum insights by slicing the data. 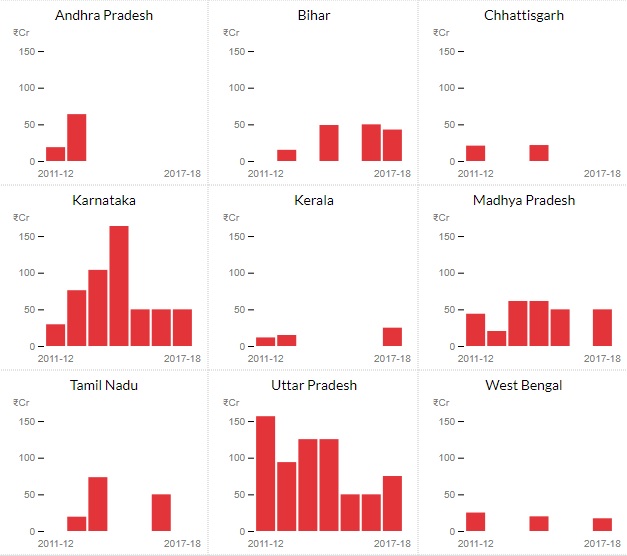 Given the complexities of a dataset obtained through RTIs and government sources, we cleaned and structured the data to make it easy for the customer to update the portal in the future, iron out errors and irregularities, all while ensuring we leave the reader with maximum insights using just a few clicks. To further enable simplicity, we employed a host of measures – classified judge designations into fewer categories, mapped judicial districts to administrative districts, and made the data accessible for easy, future updates.

With an intuitive design, the visualisation enabled the reader to understand the state of judicial vacancies in the country at all the three levels – from the Supreme Court, to the High Courts in the states and down to the lower subordinate courts housed in all of India’s districts. Legal researchers can easily identify the districts that are understaffed with judges and require immediate intervention. With effective drill downs, the reader can explore the composition of the judges at a district level, understand how well- or under- represented women are in the judiciary, understand where each judge is recruited from, and much more. Lastly, it opened the vast dataset to the reader to enable her to search for any sitting judge in the country in any court and view all their details with just a few clicks. 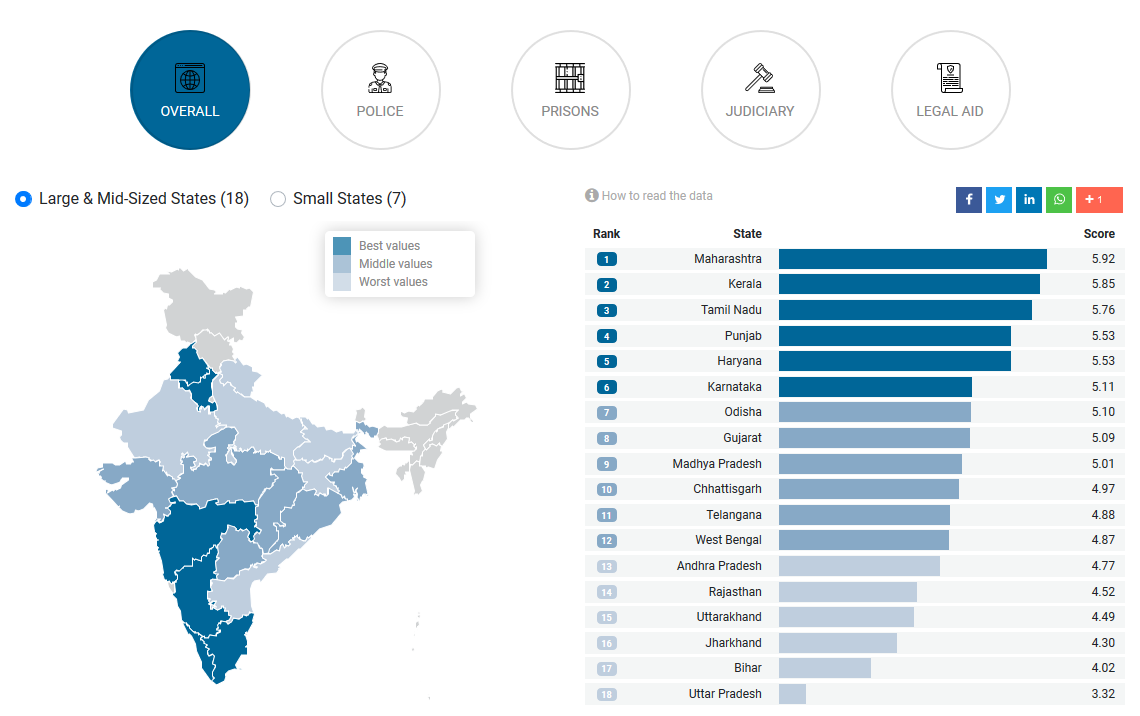 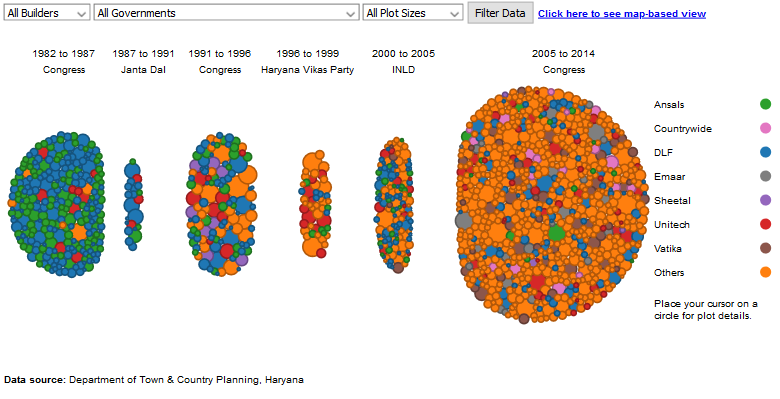 One of our key strengths, and differentiators, since inception has been not just data analysis, but also crafting an engaging story around it. We deploy this strength for our corporate clients, and also use it to inform, educate and entertain the national readers of Hindustan Times and Mint. Every week, we publish data stories around topics as diverse as politics, governance, business, economy, sports and social issues.

Check out our interactive story published on Mint on how Gurgaon was built, license by license. Looking to turn your words and numbers into effective visual messages? Our publishing vertical designs various forms of research and communication material for clients. This includes research reports, infographics, GIFs, short videos, banners, posters and presentations. The premise of our engagement is this: you focus on research, leave its visual presentation to us.

We have designed reports, graphics, GIFs and other outputs for think-tanks, industry associations and corporates.

Give us your research report in Microsoft Word and Excel formats, and we will turn this around into a well-designed PDF that is ready to be printed. Ours is an end-to-end service, anchored by a senior editorial person who coordinates with your researchers at one end and How India Lives designers on the other end. We will handle the entire report till the printing stage: creating tables, charts and infographics and proof-reading them; designing the entire report; typesetting the text; and handing over the final PDF and InDesign files to your printer.

Once you have visibility on a project, a senior editorial person will meet your project head and research team, understand the project and its framework from both editorial and design perspectives: things like research focus, report size, colors, look and feel, graphic sensibilities, visual treatment, timelines, etc. We promise a high level of continuous engagement. So, this editorial point-person will periodically share design templates and updates for your approval, and will always be available for discussion with your project staff. The finer you slice your data, the better you get to understand the Indian consumer. Forget 640 districts. Forget 6,000 sub-districts. Forget 19,000 pin codes. Forget 0.6 million villages. Here’s a mapping of India in 16 million pieces, each of 750 square metres—the size of a neighbourhood park. India by 750 combines real-time, high frequency datasets with legacy public data to enable organisations to take better micro-level decisions.

Enabling credit to 'Bharat' - Developed in partnership with Wonderlend Hubs and 121 Mapping, SEP is a macro-economic data-based credit scoring solution that helps lenders reduce delinquency / grow business by up to ~25%, especially among borrowers who don’t have a credit score yet. SEP credit score is available at a pin code or 750 x 750 meter ‘geo-unit’ level and administered through a tech platform in the same manner as a credit bureau score. India’s first database on “smart cities”. Smart cities delves into various aspects that make up the quality of life in 97 of India’s chosen cities while drawing on technology. With Gram, find data that matters to your organisation the most. Search for metrics from multiple databases across demographic, socio-economic, financial and health indicators at their most granular level. With wide-ranging databases added every month, stay ahead with data-backed decision making. 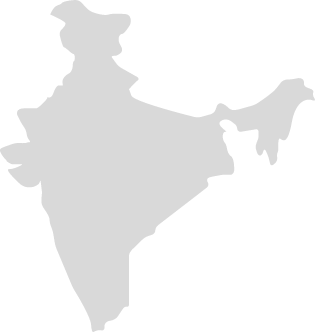